Our idea of a perfect vegan and gluten-free breakfast is this savory, 3-ingredient, eggless french toast with bruschetta made from fresh, ripe tomatoes, basil and garlic. Yum! If you are looking for a quick and savory breakfast idea, search no further. This vegan or eggless french toast is super tasty, extremely filling and imagine that kid-approved.

Have you heard of vegan or eggless french toasts? Well, you need only 3-ingredients. Its main ingredient is chickpea flour also known as garbanzo flour, gram flour or besan. This is the flour, which the Indian cuisine uses for example to make pakora (fried vegetables in chickpea flour breading). It is naturally gluten-free, so it ticks the first box for me and not to mention protein-packed. According to Cronometer, 1 cup of chickpea flour contains more than 20 gramms of protein. I dare to call it superflour or superfood.

The next ingredient is dairy-free milk. (If you only need eggless french toast, but not vegan, you can certainly try it with cow’s milk. I imagine it should be the same.) We use homemade oat milk as according to our opinion for baking oat milk is the most natural tasting and least flavour-altering out of all dairy-free milks. Can’t really imagine coconut milk for example, but homemade cashew milk or almond milk might be just as good.

And the last ingredient of our eggless french toast is how we call it, the miracle worker that is black salt (like this one). Also known as kala namak has sulfur in them, which gives out a unique egg-like smell. Adding it to this mixture will fool anyone looking to eat real french toast. You don’t need much, just a pinch, but the smell from the kitchen will widespread around the house and the kids will know that you make eggless french toast for breakfast for sure. Mixing all ingredients in a bowl will take only as long as you kids reach the kitchen. Good appetite! 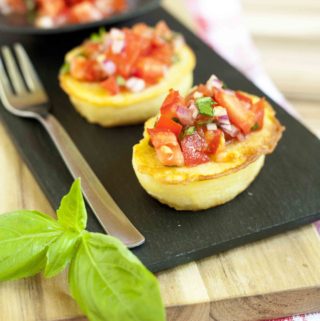 Prevent your screen from going dark
EXCLUSIVE 5-ingredient recipes for busy home cooks that are ready in 15 minutes!Check out our Express Vegan Cookbook!